When Britney Spears and Justin Timberlake appeared in jeans from head to toe back in 2001, everyone judged this look as one of the worst.

After that, the double denim became a fashion rule that you must avoid.

However, nobody expected double denim to become a leading trend only a decade later!

Designers give their best to change the way we see jeans. So, the collections of top designers like Balmain and Louis Vuitton are taking the top positions in fashion.

Slowly but surely, it has become an integral part of street fashion that stars like Olivia Palermo, Rihanna, Jay Lo, Kanye West are taking part in. 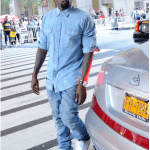 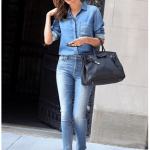 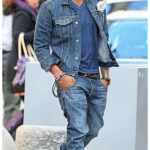