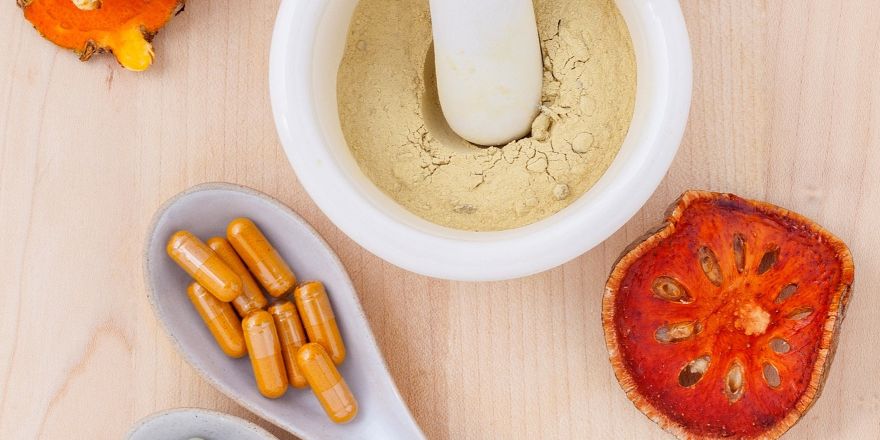 Needless to say, the bodily aspect has an enormous importance in our days. Whether we like it or not, body image plays a very influential role in our daily lives and its impact can affect both professional and personal relationships. A tonic and molded body is an excellent business card and an important asset for success.

We all aspire to have an aesthetic body, proportionate, with a pleasant musculature and above all with low levels of body fat. And that’s why gyms are full of people willing to sweat their shirts to build that dream body.

For many, the achievement of the body they dream of begins and ends in the gym, with the transfer of weights and machines of all kinds, but they are wrong and by far. If they knew that the most recent studies confirm that when it comes to developing muscles and reducing body fat, what is done outside the exercise room is more relevant than inside it, they would be dumbfounded.

But that’s the way it is. For example, it is a fact that training is a stimulus to initiate a series of changes and chemical reactions that give rise to the activation of the processes that lead to the increase in the size of the muscles, but this is nothing more than that, the first step, and if others do not happen that improvement will not take place.

Basically, the training has to produce an erosion of the muscle fibers that must be repaired later and after the regeneration of their protein structures an overcompensation is made in which in addition to repairing that fibrillar damage, more protein is added to reinforce them and that the next time they are faced with that situation they can withstand it better. That is the principle of increasing strength and muscle size: destroy and then build stronger; But for that it is necessary that the body has sufficient tissue building elements (nutrients) or else it is not possible for growth to occur.

For example, in several studies it has been possible to verify how subjects who trained with great hardness but did not follow an optimal diet, did not obtain the same results as those who without surrendering with the same hardness to training, instead had a diet rich in proteins and calories that favored the ideal metabolic environment for the synthesis of new structures. That aspect has been contrasted on numerous occasions.

But to transform body composition and show off an impressive body it is not enough to improve the muscles, but it is also necessary that they are defined, that is, they are not covered by a layer of fat.

And in the same way that the growth of muscles depends more on the metabolic environment and rich in nutrients (a process known as anabolism) than on the training itself, when it comes to reducing subcutaneous adiposity and making muscles appear well defined, it is also more important what you eat and what you do not eat, as well as the environment and metabolic rate, that the exercise itself that is done.

Don’t you know guys who train like beasts without failing one day and whose muscles and strength are nothing from the next Thursday? And haven’t you seen those who do not stop doing aerobics (even monitors) and yet are covered with fat? It is a fact that cardiovascular exercise contributes to reducing fat accumulations, but by itself it is not enough.

That is living proof that training is only a small part of the set of processes that can transform body composition.

The other two relevant equations are diet and some natural substances capable of inducing the metabolic changes necessary to promote this body transformation.

Modify body composition thanks to diet

Needless to say, diet is the essential factor in modifying body composition. It has always been said “we are what we eat” and we should add “As we eat this is how we look” because food directly influences appearance and body composition. If you eat more calories than the body can burn in its functions and daily activities, that excess will accumulate in the form of reserve adipose tissue. Point.

If you consume too much sugar, or refined and fast carbohydrates, that will cause a rise in insulin that will also encourage the formation of subcutaneous fat. On the other hand, if you do not consume enough protein, then the muscles do not pOdrán rebuild after training and proceed to increase the fibers and therefore the muscles.

If you are thin (ectomorphic) then your goal should be to eat a lot of calories, as well as protein and complex carbohydrates to promote weight gain and spread them over several small meals, at least five to six a day.

If you are of the endomorph biotype, of those who gain weight easily and are covered by a layer of fat all year round, then you must reduce calories to force the body to use its energy reserve in the form of fat.

In both cases the diet is essential to favor mass gain and reduction of fat coefficient and in fact the optimal diet is basically the same for both cases.

Eliminating fat is the universal goal

It is a fact that there is a quick and effective way to improve the body appearance instantly and that is by reducing the accumulations of subcutaneous fat. Regardless of the amount of muscle or proportions that a person, man or woman has, as soon as adiposity levels are reduced, the appearance improves extraordinarily.

Smaller and tighter waist, hips, buttocks, thighs, back and arms appear harder, smoother and more muscular as soon as the skin is refined by reducing fat.

In addition, visually the projection of a defined body seems much larger, stronger and muscular than another soft and covered by a layer of fat although it has a much larger size. Nor should we forget that excess fat apart from unsightly is very unhealthy, as it is linked to numerous diseases, especially cardiovascular diseases.

Therefore, within the world of supplements there have been for years not a few dedicated to promoting the reduction of fat deposits, although some with more success than others.

L-carnitine is an amino acid that can be produced by the body itself and whose main function is to carry fatty acids (triglycerides) to the mitochondria to generate energy from that fuel. Although that can be healthy, its subcutaneous fat reducing effects are almost non-existent and to notice something you have to ingest 3-4 grams before cardiovascular exercise.

CLA is a healthy fat that is obtained from safflower oil. As a supplement it is supposed to contribute to favor the use of sugar and fats by the muscles, thus limiting the storage of fat, but the real results are negligible, because in addition to be able to exert any effect it must be consumed in at least 3,000mg per dose.

Appetite suppressants form another family of weight loss supplements and among these is konjac, which is a plant native to Asia used in cooking and traditional medicine. Its root is very rich in a fiber known as glucomannan that has a very high viscosity and a great capacity to retain water, so that when it swells in the stomach it contributes to moderate the appetite by the satiating effect. As is evident if you eat fewer calories you will lose weight.

Wakamé is an edible algae very rich in fiber with the property of increasing the food bolus and producing a feeling of fullness and satiety that reduces appetite at mealtime.

Another family of supplements are fat binders and carbohydrate absorption inhibitors. Among these is the nopal is a species of cactus from Mexico whose leaves contain fibers that allow it to capture a part of the sugars and fats in the diet. Carob also has properties attributed to the ingredient galactomannan that would be able to reduce the absorption of fats, in addition to contact with water makes the food bolus more voluminous and thus decreases appetite.

Chitosan is a fiber obtained from the shells of crustaceans. It is said that this marine fiber can fix up to 12 times its weight in fats and thus form a non-digestible gel that is eliminated naturally, thus reducing the absorption of fats from meals.

The problem with this type of product is that it eliminates bad and good fats as well, as well as fat-soluble vitamins. And on the other hand it decreases the absorption of fats from the diet, but does nothing to reduce the accumulated fat accumulations.

Like it or not, the reality is that the difference between increasing muscle mass or not, and between accumulating adipose tissue or its elimination, depend onl The functioning of the metabolism more than the type or amount of exercise you do and also the effectiveness of the diet, since after all the metabolism encompasses all the chemical reactions of the body tending to produce energy, body heat, degree of use of the calories ingested, as well as its ability to burn them or store them as a reserve for later use. In other words, both your energy levels and the ability to build muscle and destroy fat depend on the optimal functioning of your metabolism.

Science has proven that there are some natural compounds capable of inducing the inhibition or activation of certain metabolic processes capable of generating muscle acquisition and preservation, while others promote the degradation of reserve fat tissue. In fact, what these actions do is accelerate some functions of metabolism and promote that it acts with a greater depth and propitiates an environment favorable to the construction of new muscle, while breaking down fat tissue.

Among those ingredients whose effects have been well proven by science are:

TH 101: a natural and highly effective supplement to eliminate fat

After seeing the previous list of natural compounds, it would be interesting to have access if not to all, then to the majority.

Now, it is not foolish to think that if they could all be grouped in a preparation, it would be of absolutely unique characteristics and of an effectiveness beyond doubt both to eliminate fat and to promote the acquisition of muscle, that is, to modify body composition.

Well, it exists. This is the TH101 from Future Concepts, whose formula is extremely precise and calculated and brings together exactly these compounds examined.

The absence of annoying or dangerous effects is the first remarkable fact, but its effectiveness is the second.

As we are not talking about a synthetic drug, the actions of TH 101 are soft but dynamic, deep and progressive.

With this formula thyroid function will be improved naturally, you will increase thermogenesis and with it caloric expenditure during the 24 hours of the day, much more during physical activity, which will be improved in turn by the increase in energy, as well as concentration and mental alertness.

With TH 101 lipolysis will be accelerated and adipose tissue will decrease substantially, while the muscles will be preserved from the demands of diet and the rigors of training, and will even increase due to the greater circulation of free testosterone in men.

The muscular hardness will be more evident as a result of the elimination of subcutaneous fluids and the physical change will be very important, but best of all is that with the regular use of this ergoceutical you will progress more in the muscular field and your metabolism will be reinforced.

Yes, TH 101 is really as effective as users say and it is in women and men, as well as in the short, medium and long term, because science supports its actions.

This article has been written by the guys from Olympus Sport, a company that since 1987 has been importing and distributing in Spain and other European countries articles for sport with specialization in sports nutrition. 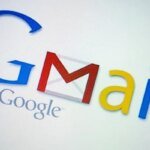 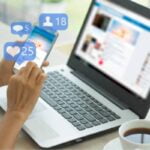 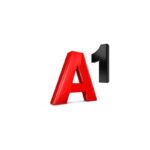 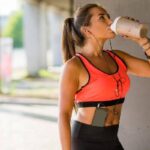