The game Tetris was first introduced back in 1984 and was created by programmer Alexei Pajitnov. The game was created as a product of Alexei’s experience in computer programming and his love of puzzles.

However, it wasn’t until after it was launched on the Nintendo Game Boy – a handheld game console, that Tetris took an upward trajectory, and in the late ’80s and early 90s. years of the last century it becomes one of the most successful and recognizable video games in the world, appearing on almost all available gaming platforms.

This super fun puzzle game essentially from the very beginning is classic, i.e. unchanged, but due to its successful formula and gameplay, the developers developed it in various similar versions and variations.

This begs the question, which is the best and can it be played for free over the Internet in your web browser? Let’s take a memory tape trip to explore what this franchise has to offer. 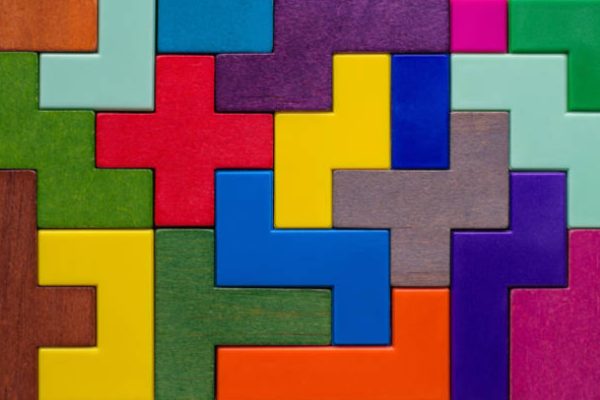 So, here are the best classic Tetris games that you can play for free online, and are available for almost all existing consoles, mobile phones, smart devices and operating systems.

The best sites to play Tetris for free over the Internet 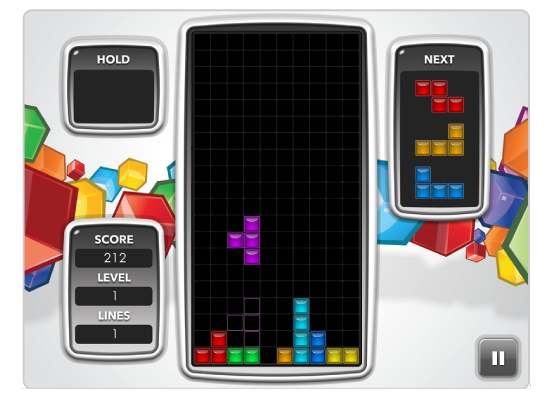 What better place to start than the official Tetris website?

This version, hosted by Tetris, offers a clean and simple version of the game. You can control with your keyboard or mouse, and the game offers customizable controls and several options to customize your experience.

It’s nothing unusual, but it’s nice to know that you’re playing the original original version of Tetris instead of its copies. 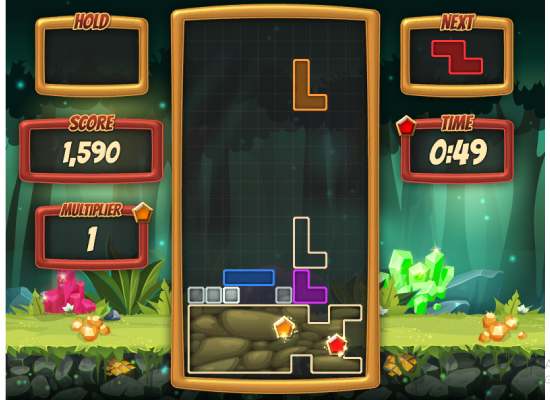 The official Tetris website also has an available variant of the classic game.

In Tetris Gems you start with several layers of rock at the bottom of the board. When you clear the line, instead of the entire row disappearing at once, it turns into 10 individual blocks and falls down.

These pieces can clear multiple lines below, creating huge combinations. As you make your way through the stone, you’ll discover gems that provide you with useful bonuses.

It’s just different enough to give Tetris fans something fresh to enjoy without killing the spirit of the original. 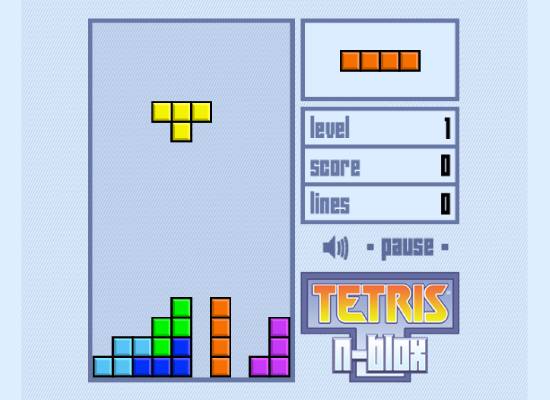 This version offers a similar experience to tetris’ official website, with a few small differences.

It doesn’t support mouse controls, you can’t hold blocks, and you can only see one upcoming tetromino instead of three. In addition, the “locking” of blocks occurs almost instantaneously, so you can’t juggle it when it reaches the bottom.

All these differences make it more similar to the classic Tetris, like the NES version, than to the more modern versions. 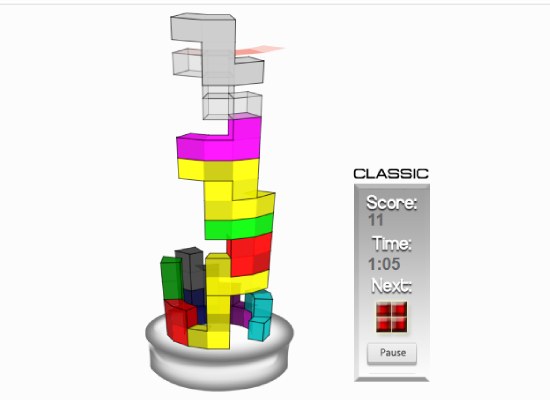 Another puzzle game similar to Tetris, but Tetris 3D slightly changes the rules.

Instead of a 2D board, you will have to move around the sections around the circle. Once you fill in a complete line of 15 blocks, it will disappear just like in the usual Tetris. Unlike most, Tetris 3D starts with a few blocks already set to the bottom, so it increases the challenge when playing.

You can choose between the classic, the time sequence and the leveling method. While the game itself doesn’t provide too much, you’ll definitely have a lot of fun here. 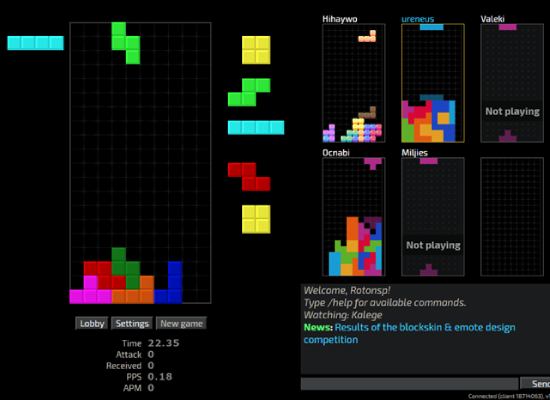 This website offers a lot for Tetris lovers. In particular, it is one of the best ways to play Tetris for free for multiplayer.

When you first visit the site, it automatically throws you into “Multiplayer” – a live game with other players. Since there is no ranking system, you could play against beginners or against fierce experts.

This multiplayer match allows you to send “trash” to opponents by removing multiple lines at once. If you want to play a different way, Jstris offers a lot for both single player and multiplayer. 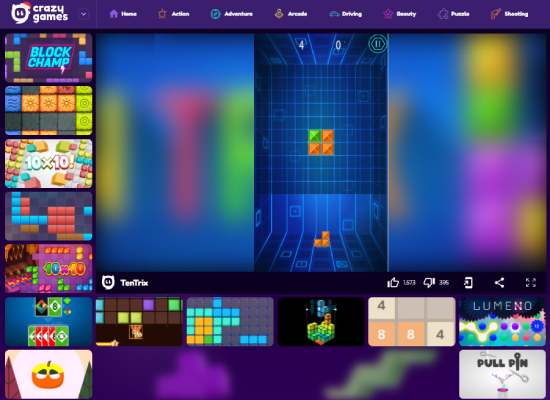 If you like the idea of Tetris, but prefer a slightly slower pace, TenTrix is for you!

Instead of having blocks fall automatically, you need to drag blocks that appear in groups of three to board 10×10. The complete row will disappear when it is filled, but if you can’t place the block anywhere, then the game is over.

TenTrix contains some parts that are different from standard tetromines, so you’ll need to play smartly to avoid falling out. 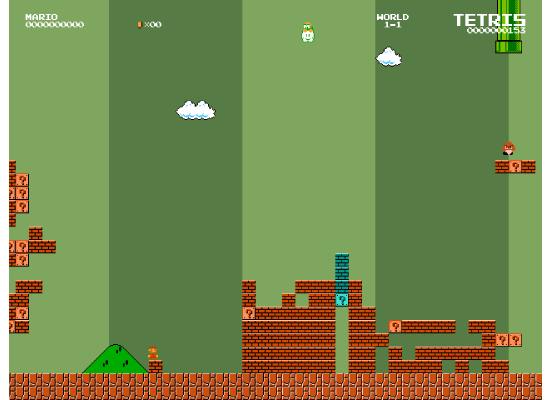 Yes, Super Mario Bros. has been turned into a Tetris-type game. In it, you switch between managing Mario in the standard way and using Lakitu to drop blocks in Tetris-like settings.

You will need to use the blocks wisely, as bthey cleaned the walls from Mario’s path and created platforms for him. Still, be aware, as enemies can still hit Mario while playing Tetris!

Unfortunately, Mario Tetris is a Flash game. Since Flash is no longer represented, you should manually enable it in your web browser. 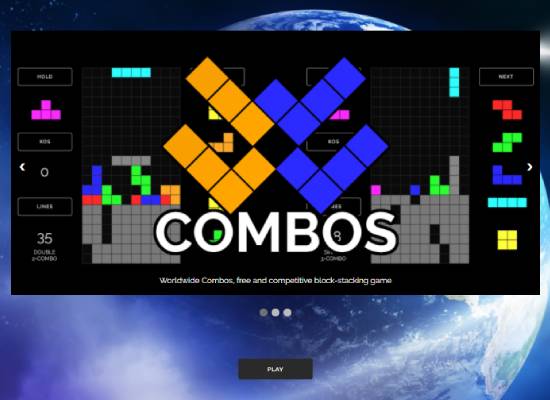 Are you looking for a more competitive experience with Tetris? This clone of Tetris charges you with continuing the “one-on-one” game against your opponent. Your goal is to knock out your opponent (stacking his blocks at the top) more times than you do.

It’s newer than Jstris, so it doesn’t have that many players, but it also contains a ranking system that ensures you’re playing against people who are close to your skill level.

You’ll need to create a free account to get the most out of it, but it’s worth it if you want to improve your Tetris skills.

In this article, we reviewed several free versions of Tetris that you can play online in two, some traditional and some quite different.

Unfortunately, the once popular Tetris Friends no longer exists, and many Tetris-type games require Flash that is on the way out of use. However, the above games should be able to cheer up all fans of the classic puzzle.

The goal of Tetris is to achieve as many points as possible by removing horizontal lines from Blocks. The player must rotate, move and drop the falling Tetriminos within the Matrix (playground). Lines are deleted when they are filled with blocks and have no empty spaces.

As the lines are erased, the level increases and Tetriminos drops faster, making the game more demanding. If the Blocks reach above the top of the toy field, the game is over.